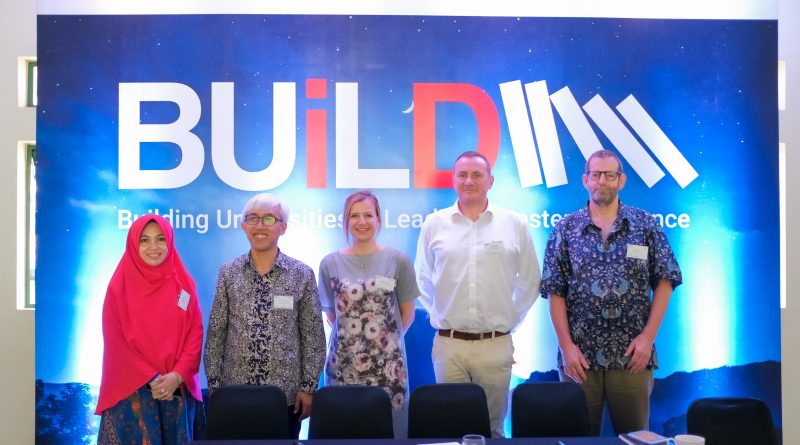 The University of Gloucestershire has secured another €1 million from the Erasmus+ Capacity Building in Higher Education fund to build eight Centres of Excellence in Disaster Resilience in universities across Indonesia. This involves the development of a comprehensive disaster resilience framework and response and recovery capability within the higher education sector,  the development of curriculum benchmarks in disaster management education, a disaster awareness training campaign and the creation a national network for knowledge exchange, research, innovation and fundraising.

Aligned with the aims of the Erasmus+ Capacity Building in Higher Education programme, the project will lead to the modernisation of university governance across Indonesia, improve the management and functioning of universities in crisis situations, and strengthen their external relationships.

The launch of the BUiLD project is the result of working in partnership with universities, public sector organisations and private companies across Indonesia, Europe and the UK for half a decade. It has been inspired by a joint vision and desire to develop disaster resilience within Indonesia and worldwide and through this safeguard economic prosperity and societal well-being. The project extends the endeavours of the “Growing Indonesia – a Triangular Approach” project that since December 2017 is successfully embedding entrepreneurial capacity within universities and local communities. Through its associated partners, the Consortium brings together leading universities in Indonesia and Europe, as well as internationally recognised consultancies and disaster aid organisations with established expertise in disaster management education, research and response capability.

Indonesia is at constant risk of volcanic eruptions, earthquakes, floods and tsunamis. Besides, extreme wet or dry seasons can ruin food crop harvests, trigger inflation and put financial pressure on the poor, whilst man-made disasters such as forest fires can have far-reaching consequences. As a signatory of the Sendai Framework and the UN Sustainable Development Goals (SDGs), Indonesia is committed to improving its disaster resilience. However, problems that impede the effective implementation of mitigation and response strategies remain endemic in each aspect of disaster management.

Capacity building in universities is listed as one of Indonesia’s development priorities in this endeavour, alongside the enhancement of disaster management regulatory frameworks, the integration of risk reduction programmes into development programmes, community based disaster management, the establishment of an Indonesian Rapid Response and Action Team, specific risk reduction programmes for groups with special needs, and the enhancement of the private sector, NGOs and government partner organisations.

Universities have strong networks within the public and private sector and with local, regional and international communities. This places them into a unique position to not only act as catalysts for research and educational initiatives, but also to mobilise networks, resources and specialist expertise in the event of emergencies and during recovery phases. This position is strengthened through their capacity to contribute to knowledge transfer, scenario planning, post-assessments and impact studies, curriculum development and innovative research initiatives to improve the diverse aspects of disaster resilience prioritised in Indonesia’s National Disaster Management Plan.

A strong commitment to realising the vision of the BUiLD project is shared amongst all consortium partners. Cumulatively, the BUiLD consortium holds diverse expertise in disaster management and disaster research as well as expertise in international project management and is supported by a wide network and close working relationships with key organisations. These include the National Ministry of Education and Higher Education (formerly MoRTHE), the National Disaster Mitigation Agency (BNPB), non-governmental disaster aid organisation ACT Alliance, the Muhammadiyah Disaster Management Centre (MDMC) and funding platforms kitabisa and Lazismu. At local level, partner universities have working relationships with emergency services, including the police, hospitals, the military and with local businesses and communities.

Examples of current disaster management initiatives in Indonesia’s university sector include the Disaster Risk Reduction Centre (DiRReC) at Universitas Islam Indonesia incorporating a disaster responsive medical team, which was deployed to provide early medical support during past and recent earthquake disasters in Indonesia, including those in Lombok, Palu, and Donggala. Universitas Ahmad Dahlan has established a Center for Environmental Studies and Disaster Management which has been involved in numerous disaster recovery initiatives, for example during the Merapi volcanic eruption in Yogyakarta in 2005 and the earthquakes in Lombok and Palu in 2018. The centre conducts training on mitigation and disaster management and collaborates with the Muhammadiyah Disaster Management Centre in various areas of disaster recovery, including volunteering for psychosocial, logistical and health assistance, and fundraising. Universitas Andalas and Universitas Lambung Mangkurat are involved in disaster research and provide consulting services to the Indonesian government whilst Universitas Khairun deliver frequent disaster awareness courses to local communities. Universitas Muhammadiyah Palu and President University have joined the consortium with the aspiration to increase their disaster resilience after having been directly affected by respectively the triple disaster in Sulawesi in September 2018 and the tsunami following the eruption of Mount Krakatau later that year. The project endeavours to consolidate and considerably strengthen the disaster resilience expertise and response capability that already exist in participating universities and their networks.

The project is led by Nadine Sulkowski. In her role as the International Development Lead for the University of Gloucestershire Business School she has a wealth and over a decade of experience in developing and managing international collaborations worldwide. She is part of the project management team overseeing the “Growing Indonesia – a Triangular Approach” project which is led by Professor Neil Towers.

Michael Fuller MBE has joined the project management team bringing emergency response and resilience expertise to the team. As the Director of UK based consultancy firm Global Resilience, Michael was the principal design consultant for the multi-agency National Olympic Coordination Centre in London’s New Scotland Yard during the London 2012 Olympic and Paralympic Games and has recently been appointed as Head of Resilience for the World Expo 2020 in Dubai. Michael is a Fellow of the Institute of Strategic Risk Management (ISRM).

All EU funded projects run by the University are overseen by Gideon Capie who manages the University’s Funding Office. The UFO team has many years of combined experience managing European projects, the largest ones including a 6 million Euro ESF project with 12 partners and a successful 50+ partner European funded network partnership.

The official Kick-Off meeting of the BUiLD project took place on the 2nd and 3rd December 2019 in Yogyakarta and was co-hosted by Universitas Ahmad Dahlan and Universitas Islam Indonesia. The next consortium meeting will take place in late spring or early summer at the University of Gloucestershire. 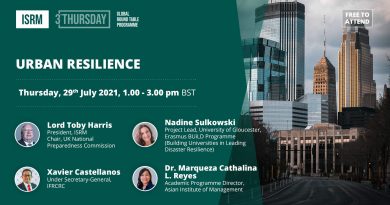 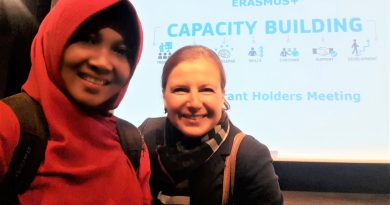 Project Briefing at the European Commission in Brussels, January 2020